Litterati allows to create a global waste map to raise awareness on the garbage that accumulates itself in our environment.

Waste and garbage accumulate itself on our planet, putting the natural environment in danger. But there are different global initiatives that try to make our planet a better place.

One of them is Litterati, a mobile application that allows creating a global waste map with the garbage that is found by people in their environment: in the city, in the countryside, natural landscapes .

App users collect the waste and take a picture of it, and they also tag them with keywords to identify the most common materials and products.

Thanks to this data, Litterati creates an information map with the collected data: the location and the Instagram profile of the person who has picked it up, as well as the story behind each waste.

The main goal is to raise awareness on the amount of waste that is created and that is accumulated in our environment, and make people change they way they see and care about the environment.

The app was created by Jeff Kirschner and he came up with it thanks to his daughter, who told him: “Dad, what’s that doing there?” While pointing at a piece of plastic floating on the lake.

Kirschner then recalled that, as a child while at summer camps, the director used to have them collect five pieces of waste each. “Why not apply this model to everyone? Building a clean and green a world is possible, “Kirschner said.

So far, thanks to this initiative and of course social networks, they have already managed to collect 1,485,398 waste.

No more garbage in the World

Understanding what type of garbage is accumulated in each place allows you to design and come up with a solution that can adapt to every situation.

In San Francisco (US), the data collected by Litterati showed that a very important part of the waste came from cigarette butts. In response, the authorities decided to increase the tax on cigarettes and raised an additional 4 million dollars that were used to clean the streets of the city.

At a school in California, students found and labeled 1,200 waste. They realized that most of it was straws and asked the director to stop buying them, so the amount of garbage fell substantially.

And you, what are you waiting for to join the social network most committed to the environment? 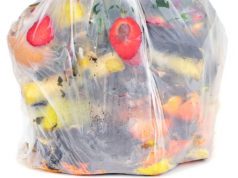 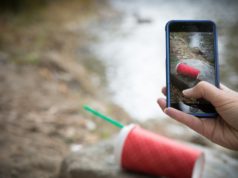 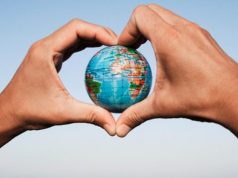 It’s in our hands to Protect the Planet!