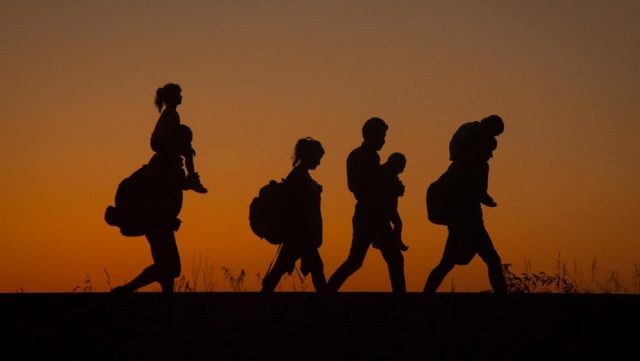 More than 65 million people have been forced to leave their homes in search of a safe place. And they have done it in very different places on the planet, in a very different way in each case and for different reasons. Such diversity is plurally collected in literature.

Let’s take a look at four books that help us get closer look at migratory movements and, ultimately, seek shelter in the meantime.

The Kite Runner (published by Salamandra) tells the story of Amir and Hassan, two children who live in Kabul, the capital of Afghanistan, when the fall of the monarchy and the invasion of the USSR force Afghan refugees to flee to Pakistan and Iran. The novel, sold in more than 70 countries, was the first written by Khaled Hosseini, an Afghan writer who was granted political asylum in the US.

American cartoonist Sarah Glidden decided to join her friends reporters as an observer in a tour around Turkey, Syria and Iraq. In the pages of the comic program “Rolling Blackouts” (Salamandra Graphic), the illustrator collects personal stories that help to understand the impact of war on the citizens of these territories. But the strips on this album also show the work done by journalists present in armed conflicts to later tell the world about them.

If there is anybody who knows this profession well, that is the journalist Xavier Aldekoa, who portrays in Africa Ocean (Peninsula publishers) the diversity of the African continent, made up of more than 50 countries. The book allows you to delve a little deeper into the way of life in Africa, where some of the world’s largest refugee camps are located, among them Dadaab with more than 245,000 people.

Suite française (Salamandra publishers) is a set of unfinished novels written by the French writer Irène Némirovsky, who died in 1942 in the Auschwitz concentration camp. The manuscript of this work was hidden for more than 50 years in a suitcase until her daughters found it. Némirovsky tells the flight of French citizens after the German occupation in June 1940 and the life in a small French village afterwards.