It is a day to raise awareness of the situation of those most disadvantaged children, to remember what the rights of children are and to promote and collaborate with those campaigns and initiatives that work to protect them.

Unicef ​​is the United Nations Children’s Fund, an organization that works to defend the rights of children around the world. Unicef ​​develops programs and activities in more than 190 countries to help children who need it most.

This year, Unicef ​​has launched the campaign #KidsTakeOver, to put children in the limelight and draw attention to the problems that affect them.

Poverty and conflicto: the greatest challenges

Children and young people are the most fragile victims of poverty, violence war and discrimination. Children in such vulnerable situations suffer from two very serious problems: food insecurity and the inability to receive an education.

In war zones, cities are destroyed and there are no resources or land to produce food. As a result, affected people cannot afford proper nutrition and in the case of children this gets even worse, because they can suffer from growth problems even when they are adults.

Besides, children fleeing war with their families not only lose their friends and family, but also their future. Without a home to go back to, they cannot go to school or keep studying. Which makes it difficult for them to find a good job when they get older.

In refugee camps, NGOs and organizations like for example Unicef ​​are trying to provide sufficient food and education to guarantee them a future and to ensure that these children are not victims of discrimination.

The rights of children are not only at risk in the midst of conflict and in the poorest of areas. In developed countries there are children who also suffer violence, who cannot speak their minds freely and who are victims of child labor and prostitution.

This is why, it’s up to US to protect the rights of children.

A Treaty with lots of history

The first time that countries got together to discuss the rights of children was more than half a century ago. In 1959,  the declaration of Children Rights was approved by the UN General Assembly.

This declaration was signed by 78 countries and included 10 principles, like the right of children to receive an education and not to be discriminated against for any reason. However, these principles weren’t enough because the declaration was not binding (countries were not obliged to comply with it).

That is why governments around the world, NGOs and institutions continued to work to prepare a new text: the 1989 Convention on the Rights of the Child. The articles define the responsibilities of governments, parents, teachers and other professionals towards children.

This convention was signed by 195 states and, unlike the previous one, its signers must commit to fulfilling the rights of children. To date, there is only one country that does not recognize the Convention: United States 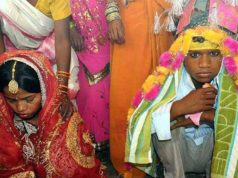