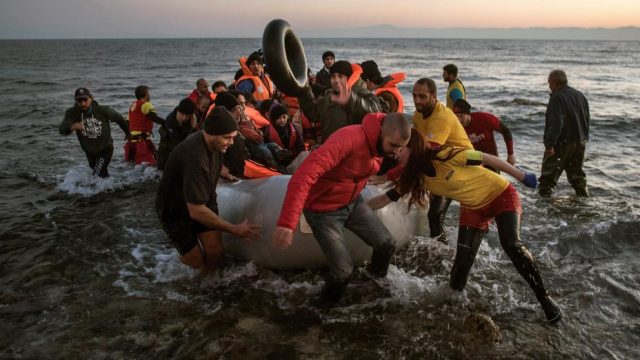 The member countries of the European Union (EU) adopted regulations on refugee asylum in 2013, two years after the civil war broke out in Syria. Then, the first victims of the conflict started coming into Europe, those who had left their homes to flee the war.

According to this regulation, the government of the first country at which the refugees arrived was the one in charge of examining the asylum applications and deciding if the refugees obtained the refugee status, which would oblige governments to offer them help.

The problem is that, the way the law was proposed, the pressure of receiving migrants was mainly the governments’ in the eastern and southern Europe countries.

Countries like Italy or Greece receive thousands of immigrants every year trying to cross the Mediterranean, while others like Austria or Hungary have closed their borders to migrants fleeing from Middle East wars.

As the war in Syria furthered, Islamic State terrorists gained ground and other armed conflicts broke out in the area, more and more people fled their countries seeking asylum in Europe.

In 2015, European countries recognized that they were facing an immigration crisis. The EU decided to establish a system of refugee quotas: each country should take care of a specific number of refugees according to their resources and their capacity of asylum.

The objective of the quotas was to distribute the responsibility, so that the countries of the south and the east of Europe would not be the only ones to receive the arrival of migrants.

The problem is that, at that time, many European countries were still recovering from the economic crisis and did not comply with the agreements.

Populist parties and sympathizers of the extreme right-wing have used arguments like the economic crisis, the lack of employment and cuts in public services to criticize the reception of refugees.

Up until today, the governments of the 28 member states have not managed to negotiate an agreement that satisfies all countries.

Filippo Grandi, the High Commissioner of UNHCR (the United Nations Agency for Refugees), has asked European countries to work together to defend asylum policies instead of limiting the arrival of refugees.

Logically, the government of each country looks for their interests and those of their population. However, the lack of agreement among the EU countries brings with it serious consequences: thousands of people, entire families, have been held in refugee camps for months, even years.

These camps can be found in countries like Greece or Serbia, close to the places of conflict where those displaced people flee from (Syria, Lebanon and other countries in the Middle East).

Life in the refugee camps is hard: resources are scarce, there are not always schools or enough medical attention to attend all of its people. But the worst is the feeling of not having options for the future: the people who live there cannot carry on with their lives or reach other countries where they can start over.

That is why it is important for governments to react and make an effort to find a solution to this situation. To welcome migrants and displaced persons is to give them the opportunity to get their lives back together and, in the future, count on them to build a better future.