Inequality and gender discrimination are common in sports. There are also countries in the Middle East and Northern Africa where women have very restricted access to any physical activity when not completely prohibited from some sports.

Although sports and physical education are considered “fundamental rights” by the United Nations Educational, Scientific and Cultural Organization (UNESCO), many women and girls have their dreams of being professional athletes truncated by the legislation and customs of their native countries.

Through the Sustainable Development Goal 5, the United Nations works to end all forms of discrimination and violence against women and girls and sports are a good mechanism to achieve this.

This is also supported by Khalida Popal, the first female captain of the national soccer team in Afghanistan in 2007 whose activism for women’s rights brought her into exile in Denmark where she has been living since 2011.

Since June 2012, the International Federation of Football Association (FIFA) permitted the use of the hijab and the veil in official matches.

This was a crucial decision, since it allowed Muslim women to compete according to their religion. Some Muslim women who play football choose to cover their head while others are legally obliged by the laws of their country.

Morocco, Egypt, Argelia, Jordan, and the Palestinian territories have female football teams. However, what about the other countries?

Still under the age of 30, Sudanese Salma al-Majidi became the first woman to coach a men’s soccer team in an Arab country in 2018: the Al Ahly Al Gadaref club in east Khartoum, the capital city.

About 70% of the Sudanese population is Sunni, a more traditional and conservative branch of Islam, and the government has been governed by Islamic Law since 1983.

As a consequence, even though there are no laws banning women from playing soccer, there are only two women’s football teams: The Challenge, which is not recognized nor funded by FIFA, and the university team Al-Ahfad, located in Omdurman.

"My message to men in general is to give women a chance to do what they want," says Salma al-Majidi, the first Arab and Sudanese woman to coach a men's football team in the Arab world. By @DeshmukhJay and Abdelmoneim Abu Idris Ali https://t.co/bKX4qy0grf pic.twitter.com/CrcVYMv9Pv

In Saudi Arabia, women are forbidden to play soccer and to swim. Until recently, women didn’t even have the right to attend a football match inside a stadium.

In January 2018, the crown prince Mohamed Bin Salman implemented a series of symbolic measures, one of which permitted women to enter stadiums under the condition of a male escort and separated from other male supporters.

The 2012 London Olympic Games were the first to have female participants from Saudi Arabia and Qatar.

Ever since then, women are not allowed to attend football games, which is one of their national sports, because male players wear small shorts. They also cannot practice swimming, water polo or even jump on a trampoline for the same reason.

The documentary Football under cover (2008) tells the story of female football players from Germany who travel to Iran to play what was the first women’s football game in the history of Iran. 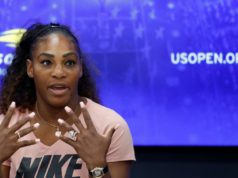 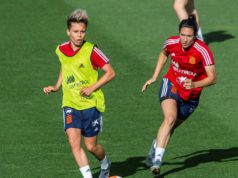 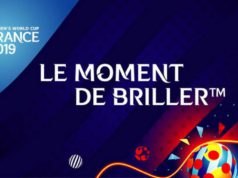