Car manufacturers and environmental laws to boost the electric car

The Geneva Motor Show is the most important car fair in the world: every year it brings together hundreds of exhibitors and thousands of visitors from all over the world who come to see what’s new the motor industry.

This year, the event celebrates its 88th edition, where we can see more and more autonomous self-powered and electric cars, which need no traditional fuels (gasoline, diesel) and therefore pollute less.

The OICA International Organization of Motor Vehicle Manufacturers estimate that there are over 1.200 million cars driving in the world and it is primarily the burning of fuel produced by engines that causes global pollution.

Therefore, more and more manufacturers are opting to develop new models without emissions for all publics: family, urban, motorcycles … and even a buggy to travel sand dunes that can also drive through the water!

Faced with the effects of climate change, governments are increasingly aware of the need to act and stop greenhouse gas emissions

However, reducing car emissions means developing a much more complex an expensive technology, something that manufacturers do not like … That’s why many countries have started to limit emissions by law: in this way, all manufacturers are forced to take action.

In 2015, the European Union created the Euro 6 emissions regulation that foresees a very significant reduction in polluting emissions.

This law demands the inclusion of pollution reduction systems in cars. In an engine, the exhaust gas regulation (EGR) allows to reduce the emissions of nitrogen oxides, while the double-track catalytic convertor converts the emissions of carbon monoxide and hydrocarbons into carbon dioxide and water vapor.

The new engines should also include a particle filter in the engine that can regenerate and last a lifetime. This filter prevents contaminating micro particles, which are the most dangerous, from escaping from the engine and reaching the air we breathe.

The new engines will also have to include a particulate filter in the engine that can regenerate and last a lifetime. This filter prevents contaminating micro particles, which are the most dangerous ones, from escaping the engine and reaching the air we breathe.

Germany intends to take their fight against urban pollution even further. The German government is planning to bring in a new law, one which bans high-polluting diesel cars from circulating inside cities.

At the speed of power

Although electric cars are still in minority, many brands have started to launch their own models: the Jaguar I-Pace, the Nissan Leaf, the Volkswagen I.D. Vizzion, the Hyundai Kona …

Away from the cities, electric cars have also got a future in racing tracks. CUPRA, SEAT’s new sports brand, has developed the CUPRA e-Racer: a 100% electric competition model that can reach up 200km / h.

The French brand Renault has developed the EZ-GO, an autonomous electric vehicle that looks like something out of a futuristic film. It has a glass surface that allows you to see the inside of the car, side seats to take advantage of the space inside and a rear door for passengers to get in.

The future of the automobile is far closer than we think and it can already be seen in Geneva. 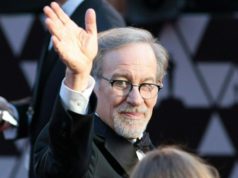 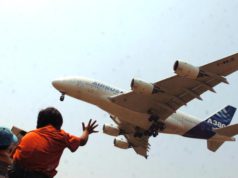 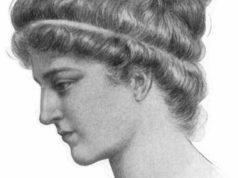 The car of the future