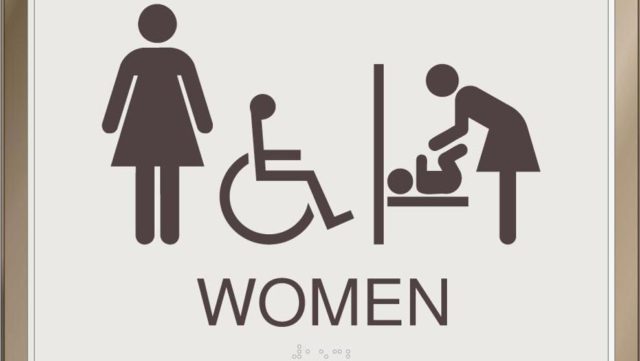 For centuries women have lived in the shadow of men: they were not free to decide what they wanted to do with their lives, where to go, or with whom. The feminist movement served to promote the emancipation of women from the nineteenth century on.

Thanks to those struggling activists, today the woman can vote, she can study and work without having to ask permission from her father or her husband, she can have relationships with whomever she wants without having to be married.

However, chauvinism still remains present in our society, not only in such serious situations as gender violence, discrimination or abuse.

There are small gestures, attitudes and sexist phrases that are much more subtle and which are set in our day to day. It is what we know as micro-chauvinism.

Chauvinism in our day to day

When a girl is in the street and a driver stops the car to flirt or chat her up, it will probably not make her flattered, but uncomfortable. This is not a compliment: it is a way of considering women as an object to be admired or possessed.

You will have seen this or it will have happened to you at least once: after ordering in a bar, the strongest drink is served to him. Large coffee is for him and the espresso for her, beer for him and soda for her. And, to keep being slim and pretty, the light soda is also served to women.

Surely the waiter does not do it on purpose, but it is a custom that’s been inherited from the past, when the relationship between men and women was not equal but leaving men to assume the role of power.

That is why many times the check is given to the man directly and without asking: because in the past men were the only ones who worked, they earned the money and managed the bills at home. The women also worked: at home, but without getting paid for it.

Micro-chauvinism is also when, in a relationship, it is said that men “help” or “collaborate” in household chores.

In fact, housework is everyone’s responsibility. However, it is understood that those who are responsible for cleaning, cooking, ironing or making the purchase are women because that’s the way it’s always been.

In the same that we assume that it’s the women who are in charge of the kids when we see that the baby changing table is only available in the ladies restroom.

The language we use is also very important, because it reflects our ideas and thoughts upon the figure of the woman and their role in society.

The terms “Mrs” or “Miss” to distinguish between a woman that is married or single, calling someone a “sissy” to insult or belittle him or when a man addresses a woman he does not know by calling her “babe” or “sweetheart” are also examples of micro-chauvinism, because they define the woman that depends on her man.

As gender equality moves forward, these situations are becoming less frequent. But to achieve true equality between men and women, many gender roles and discriminatory attitudes that continue to be perpetuated must be changed.