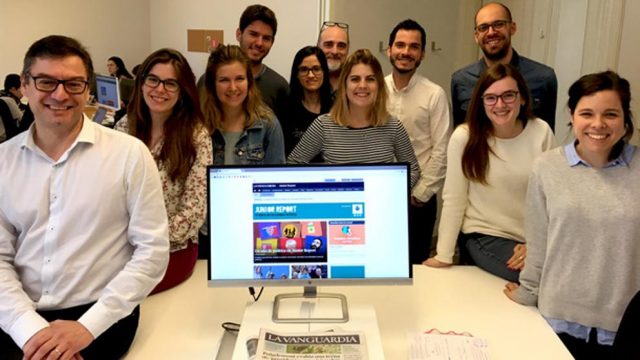 Today’s news explained in form of capsules, which all they key information on what’s happening

What does a high school student have to say about climate change, the refugee crisis or gender violence? “First of all, you have to understand what we are talking about, so that later you can give your opinion and perhaps, in a few years, why not, decide to do something about it” says Francesc Castanyer, founder of Blue Globe Media.

This company was born to explain today’s great challenges to young people “through any channel, content or language”. The first one to be put into circulation – today a year ago – was the digital newspaper Junior Report, published in Spanish on LaVanguardia.com.

Junior Report is inspired by models of international reference such as the French L’actu or the card stacks of the American Vox. “Each week a global topic is introduced, broken down into ‘capsules’ that explain the context, the protagonists and other key information that many papers already take for granted” says Alba Fernández Candial, chief editor at Junior Report.

Since its launch, about fifty topics have been published so far and hundreds of concepts have been defined – asylum law, communist regime, primary elections, feminism, bitcoin, etc. – as well as answering questions like why is it always the same teams that win the Champions Leagueor how social networks use our information to do business.

“To talk about the Brexit rigorously, but in a way that everyone can understand, is a journalistic challenge,” says the deputy dean of the Faculty of Communication Blanquerna, Josep Lluís Micó, who along with other professionals, such as Ariadna Trillas, has been part of the Junior Report Editorial Board, giving his own advice on approaches and different contents.

A Tool for Schools

In conversations with educational institutions such as Fundació Tr@ms, Fundació Jaume Bofill or Ashoka, Junior Report has positioned itself as an educational resource to be used within the classroom. “Our weekly newsletter has more than 10,000 subscribers in Spain and Latin America, 80% of which are teachers,” says Miquel Arasa, co-founder and manager of the company.

Some schools in Barcelona use Junior Report on a daily basis. Anna Mogas de Granollers or students at the Institut de Sabadell have even designed their school or research projects using the headline contents. “It allows us to work in a multidisciplinary way because it explains today’s news adapted for students and in different languages,” says Joaquim Rovira, a High school teacher in Granollers (Barcelona).

To be more connected with its reading public, that’s precisely why Junior Report launched a few months ago the News in the Classroom (La Actualidad en el Aula) workshops. “We want to teach young people to read the press, because keeping its people informed is key to any democracy,” says Castanyer.

“In our sessions, for some of the kids it was their first time ever holding a printed newspaper” says Arianna Ranesi, coordinator of the workshops.

Junior Report does not accept conventional advertising, but rather invites institutions and companies to finance content: “We talk about ICT within the classroom, about Mediterranean ecosystems or how to prevent school bullying thanks to the financial support of organizations such as Texthelp, Barcelona Zoo or the Barça Foundation “says Cristina Sala, Head of Marketing at Blue Globe Media.

Short-term there is the challenge of internationalization – all news is the same for young people in today’s world- and partnering with universities. 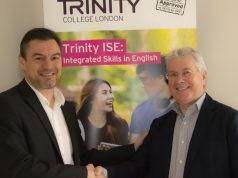 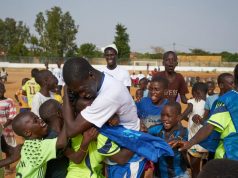 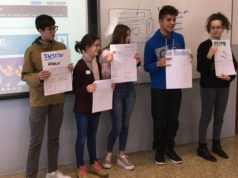