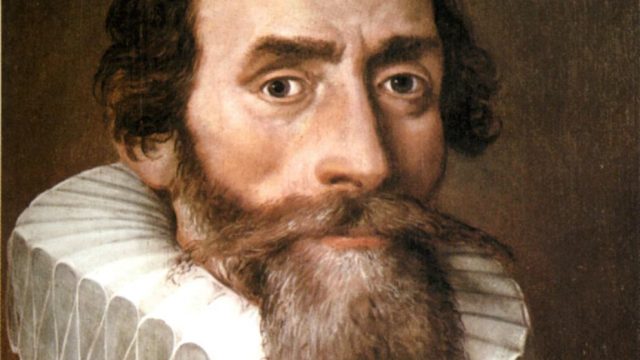 The new Kepler-90i exoplanet was discovered thanks to the Kepler space telescope, named after the great German scientist Johannes Kepler (1571-1630).

From a very early age, he became interested in astronomy and celestial bodies. When he was six years old he saw a comet and at eight he witnessed a lunar eclipse, which he later described in one of his books.

Kepler enrolled at the University of Tübingen in 1589, not having turned 18 yet. At that time, the most accepted theory about the planets was the geocentric system, which ensured that the Earth was the center of the universe and all the planets and stars revolved around it.

However, part of the scientific community defended the heliocentric theory of Copernicus, published in 1543, which states that the Earth and the rest of planets revolve around the Sun.

To rule gazing at the Stars

Lover of science and mathematics, Kepler studied the movement of the stars and predictions of eclipses or the passing of comets that he would later write down in his calendars.

When the powerful telescopes and computers used today didn’t exist, Kepler managed to observe a supernova at 13,000 light-years. He called it “Kepler’s Star” and is known today as SN1604, the year it was observed in.

During the sixteenth century important scientific advances were made in mathematics or astronomy, but society was still very believing and superstitious. Which is why it was still believed that the divine laws influenced the movement of the planets.

Thanks to his knowledge Kepler was named imperial mathematician by Rudolph II, Holy Roman Emperor, to whom he would give astrological advice on some decisions of his reign: if he should go to war, with whom he should ally …

Kepler also published the Tabulae Rudolphine (1627), a compendium of tables with numerical data that was used to calculate the position of planets and stars anywhere in the world.

In 1609, Kepler published his best-known work: Astronomia Nova, which contains the three laws that describe the movement of the planets. All the information collected over the years helped him to establish them.

The first law says that the orbit of the planets is elliptical (it does not have a circle shape) and that the planets orbit around the Sun, and not around Earth.

Kepler also noticed that the speed of the planets changes, depending on whether the orbit passes closer or farther from the Sun. So he wrote his second law: when planets revolve around the Sun, they travel the same space in the same amount of time.

The third law was used to relate the trajectory of the planets: the square of the orbital period is directly proportional to the cube of the average distance of its orbit.

That is to say, the time a planet takes to travel its orbit is related to the distance that separates it from the Sun (the further it is, the longer it will take).

When he was only three years old, Kepler suffered a disease that seriously affected his eye-sight. However, this did not stop him from looking at the sky and spend his life observing it in order to solve some of the universe’s greatest mysteries.