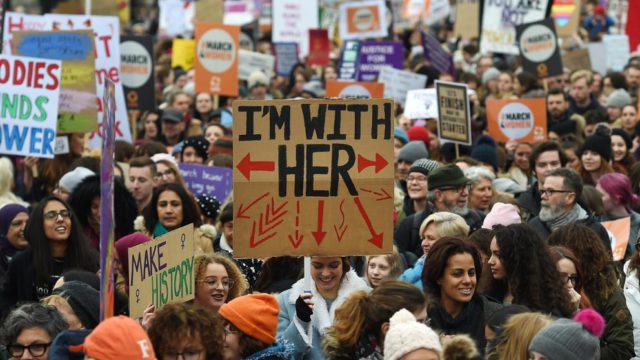 The first strikes by women workers were the origin of International Women’s Day, a movement that takes place in a dozen of countries

200 years ago, the Industrial Revolution accelerated the growth of cities: people moved from the countryside to urban areas so as to work in the factories. More and more hands were needed and women became part of the workforce.

But they were not treated the same as their co-workers nor did they have the same rights: they worked more hours but still got paid less. That was the reason for one of the first strikes and marches to demand equality.

There is still a lot of debate on how March 8th was established, which was originally the Working Women’s Day.
Some feminist historians point to the events of March 1857, when the textile workers’ union organized a strike at New York’s Lower East Side.

The main claim made by these workers was that to reduce the working day down to 10 hours, with the right to a weekly rest on Sundays. They also defended the right to breastfeeding, in other words, that women could breastfeed their newborn babies in the facilities.

After that protest, workers of other factories joined the strikes and demonstrations to demand the labor rights of women.

One of the most resounding ones was the mobilization carried out in 1867 by the neck ironers in the city of Troy: they went on strike for three months to demand a salary increase, although they finally had to get back to work without having achieved it.

It is hard to believe that women have to demonstrate to defend these rights, as today we have laws that limit working hours and guarantee maternity leave. Unfortunately, not all women cannot equally benefit from these rights.

Several decades later, the women of the North American Socialist Party called for some days of reflection and action that they named Woman’s Day.

The first of these days was held on March 3, 1908 in Chicago. In the talks, lectures and activities, many topics were discussed; such as sexual slavery, women’s universal suffrage or simply their right to vote in elections, which at the time was still not allowed.

From the beginning, the feminist movement was defined as a pacifist and anti-war movement.

The Second International Conference of Socialist Women was held in 1910 in Denmark. The representatives of the US Socialist Party met with European feminist leaders to declare March 8 as International Women’s Day.

And so the first International Women’s Day was officially celebrated for the first time in Europe in March 1911, in countries such as Germany, Austria, Denmark and Switzerland.

On March 8, 1917, in Russia, thousands of women organized a mass demonstration to ask for bread and work. Some historians consider that this march was one of the things that triggered the Russian revolution.

During the 1920s, Women’s Day was linked to the communist and socialist movement, political ideals that defend a economic system controlled by workers and their rights.

The feminist strike as a claim

As the demands of working women become known all over the world, feminism considers March 8 as an opportunity to free women from the roles traditionally they have been given: housewife, faithful wife, the nanny.

The most modern feminism places women’s sexuality as centre of the debate, apart from their demands for autonomy and equality. So, during the 1970s and 1980s, the number of demonstrations for women’s rights increased.

This year’s slogan of the strike is “The World Stops Without US!” and calls all women to stop in four areas of work: the household, work (formal work), caregiving (children or dependents) and finally, consumption (shopping).

It is about showing the world all the work that is done by women.

Since its beginnings, March 8: International Women’s Day has changed radically. On the one hand, it has broadened its range of claims as well as the groups that take part in the feminist strike (not only women).

Protagonists are women, but there are several groups of men who are organizing to take over those tasks that are usually done by women or to share their day’s wage with their partners. This year’s strike has been called for in over 150 countries.