The most recent universal history is marked by the First World War (WWI: 1914-1919) and the Second World War (WWII: 1940-1945). These two conflicts changed the world map and power relations between countries.

Despite the destruction caused by the Great War, the major powers were unable to avoid the Second World War. That’s why, after WWII, governments united to prevent a new global conflict: that was the beginning of the United Nations Organization (UN).

On December 10, 1948, the countries that made up the UN approved the Universal Declaration of Human Rights (UDHR), a non-binding agreement (compliance was non-obligatory) that established the universal rights of any person.

2018 marks the 70th Anniversary of the Universal Declaration of Human Rights!
The #UDHR empowers us all as it works to ensure the dignity🏅and equality ⚖️ of every woman, man, and child.

The UDHR consists of 30 articles that gather the basic human rights of any man or woman: the right to freedom of expression, economic well-being, medical care, education, etc.

Among the countries that abstained were Saudi Arabia (opposed to the right to freedom of religion and of marriage) and South Africa, which at that time was governed by the apartheid system (segregation between whites and blacks).

A long way to go (still)

The Universal Declaration of Human Rights was not the first treaty that tried to regulate citizens’ rights.

After the French Revolution of 1789, the new republican government drafted the Declaration of the Rights of Man and of the Citizen. And in 1926, the member countries of the League of Nations (precursor of the United Nations) signed the Slavery Convention.

However, the UDHR was a milestone in the history of mankind because, for the first time, the world agreed in a single document on the civil, political, economic, social and cultural rights of the entire global population, with no discrimination on grounds of nationality, race, origin or beliefs.

Although countries are not obliged to comply with the articles or guarantee these rights, the Declaration serves as a working document to guarantee that all people can live with dignity and in conditions of equality and freedom.

Today, the violence caused by wars, poverty and the situation of helplessness that affects migrants and refugees reminds us of the serious situation in which millions of people around the world find themselves.

That is why the defence of human rights continues to be absolutely necessary.

70 years ago today the #UDHR was signed.
Article 1–All human being are born free and equal in dignity and rights.
Article 3–everyone has a right to life, liberty and security.
Article 14–Everyone has the right to seek asylum from persecution. #HumanRightsDay #RefugeesWelcome pic.twitter.com/8ZWAP42CTz 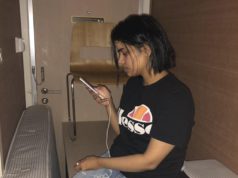 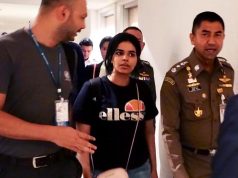