More than 100 years after being created, Nobel Prizes continue to be the most important awards in the field of science, literature and peace

During the last week the winners of the Nobel Prizes have been announced, the most prestigious awards in the world in the fields of science (medicine, physics and chemistry), literature and peace initiatives.

In this edition of 2017, the Nobel Foundation wanted to reward the discovery of the genes that determine our biological clock (Nobel Prize of Medicine), the study of gravitational waves (Nobel Prize of Physics) or the development of techniques that allow us to show three-dimensional images of molecules (Nobel Prize of Chemistry).

In the field of humanities, British writer of Japanese origin Kazuo Ishiguro has won the Nobel Prize for Literature, while the Nobel Peace Prize has been granted to ICAN, an international campaign to ban nuclear weapons.

A legacy for humanity

The prizes were created by the Swedish businessman Alfred Nobel (1833-1896), who became rich by being the inventor of dynamite. Shortly before his death, he decided to allocate part of his fortune (around 300 million dollars) to create prizes that would reward people whose discoveries “will benefit all of humanity”.

In 1895 the Nobel Foundation was created and in 1901 the first awards ceremony was held with the five original categories: medicine or physiology, chemistry, physics, literature and initiatives for peace. Nobel himself considered himself a pacifist, despite becoming rich from the business of weapons of war.

Years later, in 1968, the Sveriges Riksbank proposed to create an award of economy in honour of Alfred Nobel, but this distinction is not in the same category as a Nobel Prize.

A great prize for great achievements

The coveted award consists of a diploma, a medal and a money prize that is usually around one million euros. Beyond money, the Nobel Prizes continue to be the dream of any scientist, researcher or writer for the prestige they bring.

Between 1901 and 2016, 579 prizes were awarded to 911 people. The same award can have several winners, for example: the three researchers who have won the Nobel Prize for Medicine this year. In the history of over 100 years of these awards, there are only 48 women awarded.

Women who changed the world.

The youngest person to receive a Nobel Prize was the young Afghan woman Malala Yousafzai, an activist for the rights of girls to an education, who received the award at 17 years old. At 88 years old, Raymond Davis Jr. (Nobel Prize in Physics) and Doris Lessing (Nobel Prize in Literature) are among the oldest winners.

A prominent deserving scientist is Marie Curie, who won the Nobel Prize twice: in 1903 in Physics (with her husband, Pierre Curie) and in 1911 in Chemistry for her studies on radioactivity.

Nobel Prize winners have not escaped controversy, for example, when the Nobel Peace Prize was awarded in 2009 to the then president of the United States, Barack Obama. The decision was widely criticised because Obama had sent more troops into Afghanistan.

Find out more in Junior Report 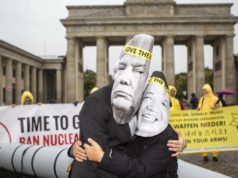 Who deserves the Nobel Peace Prize? 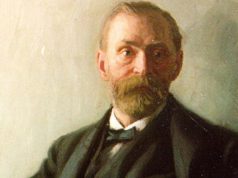 Who was Alfred Nobel? 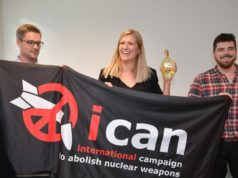 Who are the new Nobel Prize winners?