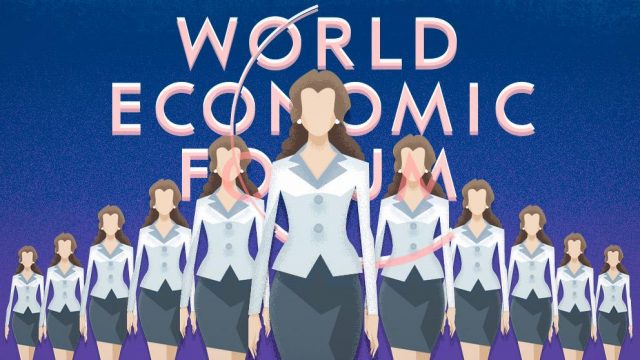 Political leaders, economists and big business people are debating about women´s leadership at the Davos Forum

The World Economic Forum, which is celebrated each year in Davos (Switzerland), is one of the most important meetings of international panorama.

Founded in 1971, the Davos Forum is a non profit organization (i.e., its aim is not to produce or obtain economic benefit). At this event economic and political leaders meet to decide the future of the world economy.

During this year´s edition more than 400 meetings were held, where new economic models were debated which serve to reduce this inequality, like promoting new technologies to benefit the future society and promote global cooperation among all countries.

The year of women in Davos

Because of the controversy over gender equality which has emerged in the last few months, organizers of the Forum have wanted to boost the role of women in leadership positions.

For the first time in its history, the Forum will be presided only by women. Among the most well-known faces were the International Monetary Fund Director (FMI), Christine Lagarde and the Prime Minister for Norway, Erna Solberg.

There have also been women beyond the political and business world. The Indian activist Chetna Sinha, who manages a bank and offers microcredit to women in rural areas, so that they can create their own businesses; or Fabiola Gianotti Italian physicist, who directs the European Nuclear Investigation Centre (CERN).

Another participant has been Winnie Byanyima, Director of the NGO Oxfam International. Byanyima took advantage of her speech to give voice to the women of the planet in most need: women who live in developing countries, usually poor and of diverse ethnicities.

Despite the initiative, the female representation in the World Economic Forum still leaves a lot to be desired: only 21% of the assistants were women. It is, however, the highest number in participation since the event was created.

A platform to the world

As well as directing the event, the women at the Davos Forum, have spoken about a variety of issues, which directly affect gender equality and women´s rights.

One of the most followed debates has been how to stop workplace harassment, which a lot of women suffer in their working environment and often leads to sexual harassment. The leaders of various countries have spoken out about this subject, like Canadian Prime Minister, Justin Trudeau.

On the other hand, the power dynamics of gender, which are currently established, perpetuate the situation of inequality in many fields : How can we change them? What can we do so that women have more visibility and the same opportunities?

The assistants at the Forum, men and women, have it clear: Investing in women has to be done: in their education, in their professional development so as to achieve a fairer world and an economy that benefits everyone.