Donald Trump, from being a wealthy business man to running the most powerful country in the world

The history of Donald Trump can well seem like one from a movie. Grandson of German-Scottish immigrants was born in New York in 1946. He studied Economics and at the early age of 25 took over the family real estate business.

He immediately proved his sense for business and, thanks to several purchases and wise investments, he managed to build a real estate empire. Trump’s company has built apartments, hotels, skyscrapers, casinos and golf courses worldwide.

Trump considers himself an unapologetic and unchained winner and likes to believe that he himself represents “the American dream”. This is how he now runs the United States, true to his slogan Make America great again.

Trump  had been speculating on getting into politics for years. It was in 2015 when he finally decided to make the move, seeing  that both the disappointment towards Obama’s administration and the impact of the crisis on the economy would give him a chance to win voters over.

Donald Trump was already a famous figure in the United States before becoming president. As well as being a successful businessman, he has appeared in a dozen of movies and series apart from having his very own star on Hollywood’s hall of fame.

Someone put up a wall around #Trump's Hollywood Hall of Fame star. ?https://t.co/zqFT2Jdxx7

Although he now falls out with reporters, Trump has always liked being the centre of attention and appearing on the media.

For years, he owned beauty contests such as Miss America and Miss Universe. He even had his own TV program: a reality show about young entrepreneurs wanting to make it in Business.

Donald Trump has always been a controversial and provocative person, but now that he is president of the United States, the most powerful country in the world, his statements have much more of an impact.

Trump is very active on social media and takes every chance to have his say, though it may not always be politically correct.

Inappropriate comments about immigrants, women, Muslims … often tend to appear on his twitter timeline. According to surveys, Trump’s popularity does not cease to go down since he’s been in office.

Outside the US, his controversial statements have generated dislike from the rest of the country. And what is worse: his aggressive tone and defiant words could result in a much worse conflict.

North Korean Leader Kim Jong Un just stated that the “Nuclear Button is on his desk at all times.” Will someone from his depleted and food starved regime please inform him that I too have a Nuclear Button, but it is a much bigger & more powerful one than his, and my Button works! 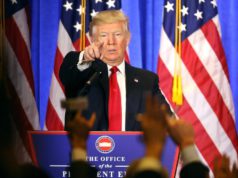 Donald Trump, one year on 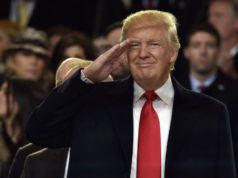 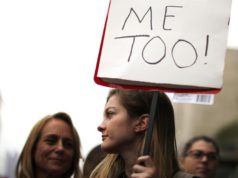