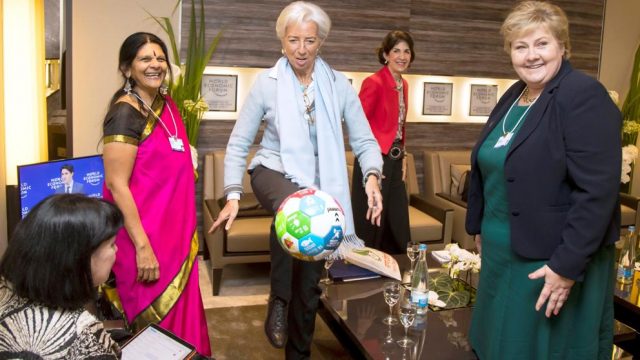 How many countries are ruled by women? Who are the political leaders of today and why do they have so little visibility?

In governments all over the world, little over 23% of Parliament Members are women. This means that only one in four political representatives is a woman.

In the positions of most power, like Heads of State and Heads of Government, the representation of women is even smaller.

According to the latest map of women in politics of the United Nations, there are only 11 Heads of State and 11 Heads of Government in the whole world, in a total of 193 countries. That means less than 10%.

Among Presidents and Prime Ministers

Currently, there are only 16 countries where the President or the Prime Minister is a woman.

However, throughout History, 57 countries in the world have had at some time, a woman as their President or Prime Minister. In general they usually carry out the same function: they are Chief Executives and rule the government of the country. The difference in the name depends on the political system.

The first female Prime Minister in History was the Argentinian Maria Estela Martínez de Peró, who took office as Head of State in 1974. Two years later she was overthrown by a Coup.

Why are there no more women leading countries?

The difficulties in ascending in the political world are as real as in the working world, that is why it is more difficult that there are women in leadership positions in political parties.

Women are faced with different obstacles to reach power: stereotypes like those of women being weaker than men, of not being good negotiators, of not being able to combine their political career with maternity…

There are even scientific studies that show that voters tend to vote more for men than for women.

However, it seems that this situation is changing. Two of the most powerful countries in Europe, Germany and the UK, are governed by women: Angela Merkel is the German Chancellor and Theresa May, the British Prime Minister.

In the last presidential elections for the United States, Donald Trump´s opponent was a woman, Hillary Clinton (who won in the number of votes). And more and more female Parliament members are using their political visibility to defend gender equality and working conciliation.