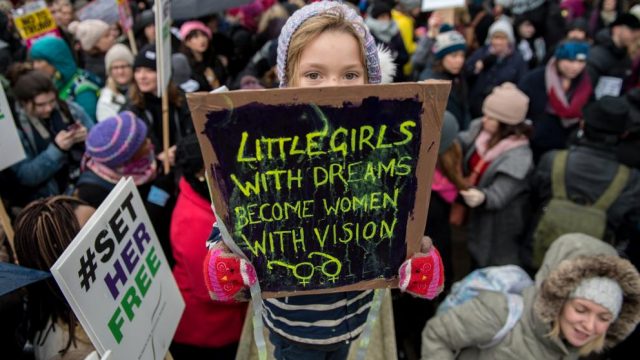 Over the last few months the numerous cases which have come out of abuse and sexual harassment against women, have had world wide recoil. It started last year when the scandal of producer Harvey Weinstein was revealed, who had been abusing actors and professionals from Hollywood for decades.

As a result of this case, many other cases of abuse started being reported not only in the world of cinema and television in the United States, but also in other fields. Not long ago it was revealed that Larry Nassar, Doctor to the United States Gymnasium Team, had sexually abused several gymnasts for years.

Simon Biles, winner of four gold medals in the Rio 2016 Olympic Games, explained some weeks ago that Nassar had also sexually abused her.

At the same time, in order to report and act against this situation, numerous campaigns have been launched and support platforms have been created to report the cases of sexual abuse and demand responsibilities.

The feminist movement #MeToo has become famous all over the world and has achieved, that many women raise their voice and stop remaining silent about what they have suffered or are suffering.

The discovery of these cases has crossed frontiers and has resulted in women from other countries also reporting this type of behavior.

Madison Marriage, journalist for the prestigious newspaper The Financial Times, infiltrated into the annual dinner for the President´s Club Charitable Trust, an English association formed uniquely by men which raises money for charity.

The journalist discovered that, as well as raising funds, these meetings were also where the attendees harassed and groped over the hostesses who served at the event.

Unfortunately, this type of behavior has always existed. What seems to be changing is that women are uniting so that their voice reaches even further.

The fact that women all over the world, including actors and famous personalities publically report that they have been sexually harassed, raises awareness to the public opinion about the seriousness of the problem so that other women decide to report it and take action.

The cases of sexual harassment and abuse in occidental countries add to the terrible situation in which women and girls in more vulnerable countries live. In areas like the Middle East, Central America, South East Asia or Sub-Saharan Africa, poverty condemns women.

All over the world there are more than 120 million children and adolescents who don´t go to school: more than half of which are girls. Furthermore, it is estimated that there are 875 million illiterate adult people, two thirds of which are women.

The truth is that girls and women form one of the most fragile groups in our society and are the main victims of problems like child marriage, sexual abuse, illnesses or lack of education.

If little girls, young girls and women from all over the world had the same opportunities as men, the world´s economy would grow and the situation of equality would reduce social conflicts.

That is why one of the Objectives of Sustainable Development of the UN, is to promote gender equality and achieve a fairer and more sustainable world for the year 2030. The road is long, but investing in the future of these girls and women is a future challenge to transform the world in which we live.